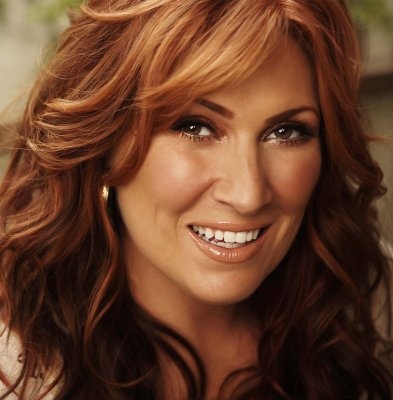 THE SONG IS BEING OFFERED FOR A DOLLAR DONATION WITH ALL PROCEEDS GOING TOWARD THE CONSTRUCTION OF NEW SCHOOLHOUSE! OFFER ENDS JULY 15TH

JO DEE MESSINA believes that dreams can still come true, even amid the specter of daunting world events, and the multi-platinum country singer has launched the “A MILLION DOORS” campaign to help raise $2.3 million for a non-profit school in Nashville, the Holy Trinity Montessori. The multi-platinum and award-winning country singer/songwriter has recorded a new song, the soaring “Carry Me,” which is available for a donation of one dollar at http://amilliondoors.com/. “Carry Me” will be available through July 15, with all funds going directly to the school for the construction of a new schoolhouse.

“If you contribute one dollar, you can help make a dream come true,” says the Nashville-based JO DEE. “I tour around the country and spend a great deal of time listening to people’s stories. Lately it seems that with all the sadness in the news–wars, politics, economy, etc.–people need a little restoration of hope.”

For the release of the inspirational track “Carry Me,” the Nashville-based artist worked closely with her label and the songwriter to help the school: Curb Records President Mike Curb continues his philanthropic tradition by allowing JO DEE to release the song independently, and Christian songwriter Jared Anderson has waived his publishing royalties, allowing all funds raised to go to the Holy Trinity school. JO DEE is also planning to raise funds for the school through a series of live concerts (TBA).

JO DEE and Holy Trinity Montessori school head Kate Riley are looking to raise $2.3 million dollars to build the 6000 square-foot school for students up through third grade, and possibly up to fifth, offering them an affordable, hands-on education. In the Montessori classroom, children are placed in a three-year multi-age grouping (0-3, 3-6, 6-9, etc.). To see JO DEE and Kate discuss the school and “A Million Doors,” please check out www.AMillionDoors.com

The school, founded in 2009, currently has 25 students enrolled, with another 45 on the waiting list. The new schoolhouse will accommodate up to–but no more than–125 children. At Holy Trinity Montessori, the children develop a secure sense of self, independence, deep concentration, pride in their environment and a unique connection to God. The Montessori curriculum offers a comprehensive, developmental early childhood environment with areas focusing on language, mathematics, sensorial, practical life, cultural and religion.

“This isn’t about just a cause I believe in or the latest celebrity charity,” says JO DEE. “I want this campaign to show that even in a time when people feel there is little hope, that there IS hope and dreams still DO come true. I chose it because we need people from all over to carry us with their support to make this dream come true.”

JO DEE has helped important causes before, including being an ambassador for the Special Olympics, organizing 5K charity runs for St. Jude Children’s Research Hospital, Christmas performances benefitting downtown Nashville’s Harvest Hands Community Development Corporation and, most recently, a speaking engagement benefitting the Red Cross. Her “Make Something Of It” podcast on USTREAM was also a hit, with over 140,000 fans tuning in to hear stories of inspiration and hope.

About Jo Dee Messina:
Since breaking onto the music scene in 1996, the multi-platinum and award-winning country singer/songwriter JO DEE MESSINA has scored nine #1 country singles, sold over five million records, received two Grammy nominations and earned various CMA and ACM awards. Her many hits include “Heads Carolina, Tails California,” “Bye Bye,” “I’m Alright,” “Stand Beside Me,” “That’s The Way” and “Bring On The Rain” (a duet with Tim McGraw). Her self-titled 1996 debut album was certified Gold by the RIAA and featured the single “Heads Carolina, Tails California.” With four huge radio hits, her second album I’m Alright was certified double platinum and she won the CMA’s Horizon Award in 1999. She was the first female country artist to score three multiple-week #1 songs from the same album. The follow-up album, Burn, was certified platinum. She also scored an adult contemporary hit with “Bring on the Rain,” with McGraw on harmonies. In addition to headlining concerts, she also toured with Vince Gill, George Strait and the Judds on their reunion tour. Her fame also led to television roles on “Touched by an Angel” and “Nash Bridges.” In 2010, she released a trio of “Unmistakable” EPs: LOVE, DRIVE and INSPIRATION.