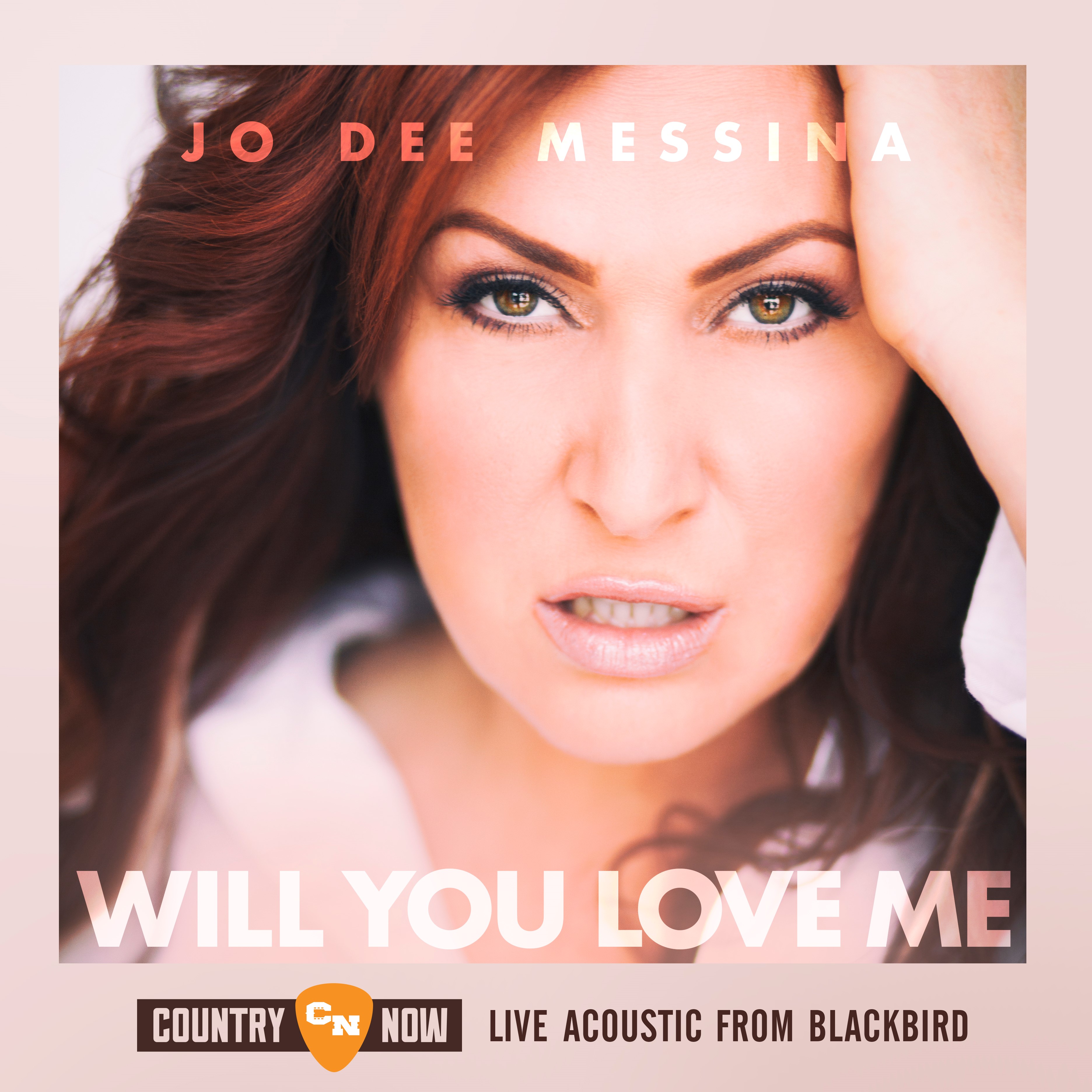 Multi-Platinum selling country superstar Jo Dee Messina has teamed up with Country Now, the most viewed and highest-rated dedicated country music YouTube channel, to release a brand new single “Will You Love Me,” that premiered on SiriusXM – The Highway over the weekend. In another innovative move from the country music icon, who released her last album ME through Kickstarter, Jo Dee has partnered with Country Now to release the single, which was recorded in June at Nashville’s historic Blackbird Studios. “Will You Love Me” a Country Now ‘Live From Blackbird’ acoustic single is available now at iTunes http://smarturl.it/JoDeeWYLM and the accompanying video from the session can be seen here http://bit.ly/1UihRxn.
Country Now welcomed Jo Dee to Blackbird Studios for an episode that was posted at the end of August and fans can check out here http://bit.ly/1MybHrp. She performed some of her biggest hits including her debut single “Heads Carolina, Tails California,” “Lesson in Leavin’” and her #1 smash hit “Bring On the Rain.” But as soon as she began singing “Will You Love Me,” penned by Jo Dee from real life events, it became clear they had something special on their hands and a partnership was created to release that exact acoustic version. The single has been a favorite out on the road with fans frequently requesting it and asking for it to be released so Jo Dee jumped on the plan to partner with Country Now for the release of the acoustic version of the song.
“The music industry is constantly changing and I want to make sure that I change right alongside and keep up, especially as an independent artist,” said Jo Dee. “Country Now is made up of an innovative, creative, and professional team so I am incredibly excited about releasing this single with them and to finally get an acoustic version of this song out there!”

Since breaking onto the music scene Messina has had six #1 songs including “I’m Alright,” “Bring On The Rain” (a duet with Tim McGraw), “That’s The Way,” “Bye Bye,” “Stand Beside Me” and “My Give A Damn’s Busted,” as well as thirteen Top 20 singles. She has scored three #1 albums, sold more than 5 million albums worldwide and has received critical acclaim for her explosive singing style and electrifying performances. Jo Dee has won countless awards including the Academy of Country Music’s Top Female Artist of the Year, was the winner of the CMA’s prestigious Horizon Award and was the first female country artist to score three multiple-week #1 songs from the same album. Jo Dee’s latest studio album ME, an album, created with the fans, for the fans, is being dubbed by fans and media alike as her best album to date.
Country Now, a YouTube/Greenlight Media & Marketing partnership, is the first original country music and lifestyle-dedicated YouTube channel. Country Now is the home of the highly acclaimed series Live From Blackbird Studio, whose intimate performances have featured some of Country music’s best including Hunter Hayes, Eli Young Band, Love and Theft, Joe Nichols, John Butler Trio, Parmelee, and countless others. It is produced and directed by Stokes Nielson.  Butch Waugh and Jay Frank serve as strategic advisors for the show.