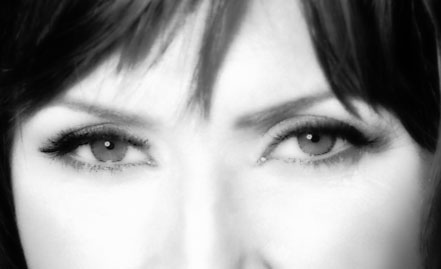 Multi-platinum, award-winning singer/songwriter JO DEE MESSINA continues to have a hugely successful summer playing to big audiences and earning critical raves. This week (on 8/6), record crowds showed up for Jo Dee’s show in Urbana, OH at the Champaign Country Fair and the audiences around the country continue to grow. Beyond her hectic touring schedule, which is booked well into the fall, JO DEE is working on new music which will be released as soon as possible.

“The enthusiasm is so contagious,” says JO DEE. “Once we hit the stage, it’s high energy. I am truly grateful to all the folks who have attended shows. They’ve made this an incredible summer.”

As she travels across the country with her band, husband Chris (who happens to be her sound engineer) and her two young sons, JO DEE keeps her plate full: she’s a regular contributor to the “Babble Voices” blogs on the acclaimed, hugely-popular parenting site Babble.com and continues her “Backstage With Fumbling Mom” blog on her own website. She discuss her perspective on being a parent, fumbling her way through each day and new challenges as she learns how to balance being a mother of two–to three-year-old Noah and 24-week-old Jonah–and maintaining a career to provide for her family.

She talks about life on the road, including some of her pet peeves, like those people on the plane who have to carry on all of their luggage here.

So listen up, all you bin hogs out there. Know this: it is YOU that makes security move at a snail’s pace. You are the ones that make boarding a plane take forever while you search for space and try to force your gargantuan bag into a that tiny little overhead bin. And then you slow down the process of getting off the plane by trying to move against traffic to get your bag that is in a further back compartment, because the space by you was already filled beyond capacity. Be considerate of other flyers and downsize a bit on your carry-on luggage.
And if you fly Southwest, for God’s sake, check your freaking bags.

She also pokes fun at herself, including a not-so-funny story (with video to prove it!) about young Jonah on a recent “Flight From Hell you can see here.

Well, I’m famous … Not in the way I would want to be. For being a songwriter, musician, award winning singer. NOPE! I’m famous for having “THAT KID ON A PLANE.” I travel for a living. We take buses mostly. But, due to crappy routing, planes are a frequent use of travel this year. The last flight we took home from Salt Lake City was an absolute nightmare. Our 3-year-old was doing fine watching baby Einstein while our six-month-old did OK for the first 45 minute, and then ALL HELL BROKE LOOSE. He started crying and would not stop. We tried everything. Giving him a bottle, walking him up and down the isle (meanwhile waking everyone up on the plane). We tried standing him up, burping him, lying him down on his back, on his stomach. NOTHING soothed him. I started to feel the frustration of those around me. I began to sweat profusely. I hate inconveniencing others on a plane. It’s just rude. I wanted to say “Do you think that I LIKE this?” I don’t want to hear the baby cry either. I was hoping to catch a nap after a long hard two week run out west. But, the baby had other plans.