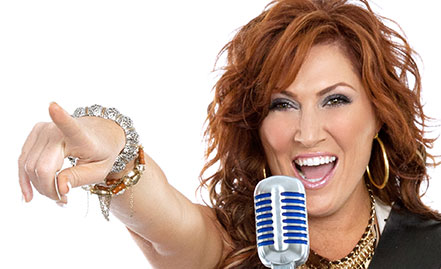 Grammy Award nominated country music artist Jo Dee Messina is set to perform at 3rd & Lindsley in Nashville, Tennessee on April 16, 2013 at 7:00pm. The performance is open to the public and will feature music from Messina’s new album, set to release Fall 2013. This performance is unique in that the show will be a “live rehearsal”  before Messina is scheduled to hit the road on a 30+ date spring/summer tour. Tickets on sale now at http://www.JoDeeMessina.com

“I’m so excited about making a new record and I’m loving the songs we’re recording. It’s going to be such fun to perform them for a crowd. We thought, no place better than 3rd & Lindsley to do a show featuring new material with the hits. The crowd there is always appreciative of artists,” says Messina about her new tour and rehearsal show.

The opening act, selected by Jo Dee’s fans via Twitter, will be selected on Friday, April 5th. Messina sent a Tweet in March asking for videos from her fans that were interested in opening for the rehearsal date. Jo Dee personally viewed all the entries and narrowed down the finalist. She set-up a poll on her Facebook page for her fans to help choose the winner of the opening slot, and  fans can help Jo Dee by voting now through Friday.