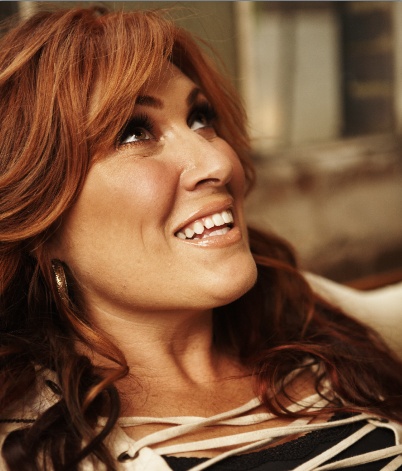 Multi-platinum, award-winning country singer/songwriter JO DEE MESSINA has just announced she’ll return with a new single in early 2012. The new song (whose title will be revealed early in the new year) showcases MESSINA’s commanding vocal prowess which has earned her nine #1 country singles, over five million records sold, two Grammy nominations and various CMA and ACM awards throughout her 15-plus year career. MESSINA will also be on the road in 2012 (dates TBA).

In advance of her new music release, MESSINA will be featured in an upcoming episode of HGTV’s “Celebrity Holiday Homes” airing Sunday, December 18 at 8pm ET/PT. Also featured on the episode are actors Wayne Brady and Alison Sweeney. Designer Matthew Haly transformed MESSINA’s Nashville home with embellished natural materials, such as wood, tree branches and berries.<!–more–>

“It was amazing to have HGTV come in the house to decorate,” MESSINA explains. “I guess living in my home and seeing it everyday, I overlook decorating possibilities. I was blown away by what they came and did to the house. It was just, so beautiful.”

MESSINA will also perform her annual “Christmas In The Music Room” show Tuesday, December 20 at Nashville’s Opryland Hotel, where she’ll celebrate the season with songs, stories and audience participation.

In other TV news, MESSINA will be included in an episode on this season of BRAVO’s wildly-popular series “The Real Housewives of Atlanta.” Cameras captured the country songstress during a recent collaborative writing session with Atlanta cast member and former member of the platinum-selling group Xscape, Kandi Burruss. Burruss won a Grammy for her work on the group TLC’s mega-hit “No Scrubs.”

“I loved getting to write with Kandi,” shares MESSINA. “She’s so talented. I hope we get a chance to do it again real soon.”

Aside from her professional career, MESSINA also continues to aid in several charitable endeavors. Earlier this year, she launched the A Million Doors campaign to raise money for Holy Trinity Montessori, a non-profit school in Nashville. MESSINA and Holy Trinity Montessori school head Kate Riley are working to raise $2.3 million dollars to build a 6,000 square-foot school for students up through third grade, and possibly up to fifth, offering them an affordable, hands-on education. GAC TV has partnered with MESSINA to help spread the message in a new short special titled “GAC Heart of Country with Jo Dee Messina.” Sponsored by Citracal, the 60-second spots will begin airing on GAC TV in early 2012.

“I was thrilled when GAC approached us about doing this piece, says MESSINA. “It gives people a chance to see the work I’m doing with AMillionDoors.com. I love the GAC Network, so I will be quite proud to see the piece run.”

The mother to young son Noah–3-years-old in January–has also announced she’s expecting her second child with husband Chris Deffenbaugh. The latest addition to the family is set to make its worldwide debut late January/early February 2012.

“We are all excited about the arrival of the new baby,” gushes MESSINA. “My mom says ‘I can’t wait to hold the baby.’ Our son keeps talking about ‘teaching the baby.’ He is so cute. He’s going to be an awesome big brother.”