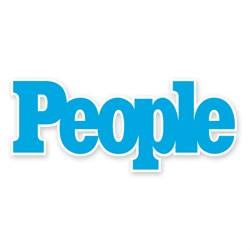 September 19, 2014 – Multi-Platinum selling country superstar Jo Dee Messina is offering fans a free download of her upbeat and inspiring single “Not Dead Yet” through the latest People Country issue, out now. The issue’s Free Music Playlist highlights eight of country music’s hottest new songs and fans can go to http://specials.people.com/countryplaylist/ to get the special code to download the single from Messina’s critically acclaimed fifth studio album ME. The single, written by Messina and Alyssa Bonagura, is an anthem to all of those who’ve overcome amazing obstacles and continue to fight.

Messina has been garnering attention across the board for her latest album ME, which is being dubbed her best album to date as Messina is at her finest combining an alluring mix of up-tempo songs and truly moving heartfelt tunes on the 12-track album. She is currently featured on Pollstar http://tinyurl.com/JDMPollstarand in the current issue of Origin, the Conscious Culture Magazine on newsstands now http://tinyurl.com/JDMOrigin. ME is truly a journey for Messina having parted ways with her record label in 2012 she took her career into her own hands and launched a Kickstarter campaign to make this album for the fans, with the fans. She is currently out on the road performing shows across the country in support of ME. Known for her electrifying live performances and powerhouse vocals, it comes as no surprise that Messina’s ever-growing devoted fan base across the country continues to surpass expectations with their support.

Since breaking onto the music scene in 1996 with the hit “Heads Carolina, Tales California,”  Messina has had nine #1 songs including “I’m Alright,” Bring On The Rain” (a duet with Tim McGraw), “That’s The Way,” “Bye Bye,” and “My Give A Damn’s Busted,” as well as sixteen Top 40 singles. She has scored three #1 albums, sold more than 5 million albums worldwide and has received critical acclaim for her explosive singing style and electrifying performances. Jo Dee has won countless awards including the Academy of Country Music’s Top Female Artist of the Year (1999), was the winner of the CMA’s prestigious Horizon Award and was the first female country artist to score three multiple-week #1 songs from the same album.  Her last studio album, Delicious Surprise debuted at #1 on the Billboard Country Charts and was certified Gold. Most recently, she released a trio of EPs titled Unmistakablewhich featured new material as well as live acoustic versions of her hits.