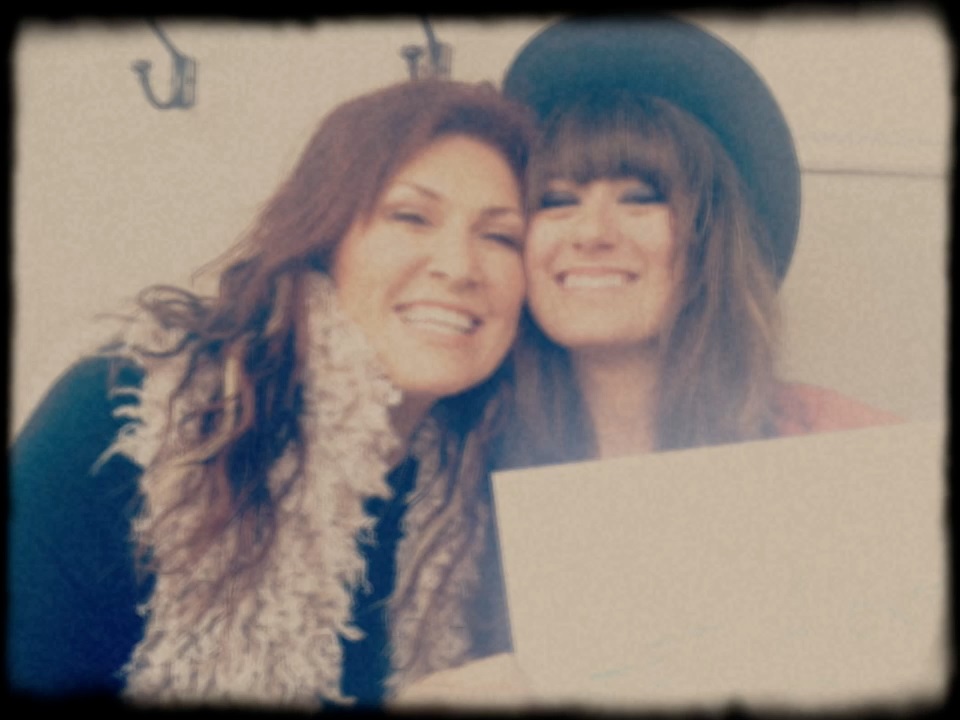 February 18, 2013 (Nashville, Tenn.) — Jo Dee Messina kicked of the year in full writing mode. This week she’s been in a writers “lock down”, as she calls it, in her home studio with singer-songwriter Alyssa Bonagura, daughter of Kathie Baillie and Michael Bonagura of Baillie and the Boys fame.  “I’ve been writing for all genres, it’s so exciting to be able to just ‘make music,'” Messina said.

The three day whirlwind collaboration with Bonagura culminated in the inspirational “Unbreakable,” where Messina, in her signature style, transcends musical genres yet again.  Messina describes  “Unbreakable” saying, ” We walked into the writing session feeling tired of constant sides being taken and division in the world around us. If all that energy was spent on getting along we, as a society, would be ‘Unbreakable.’”

Embracing technology and social media, Messina took only days to produce a downloadable single and streaming music video in an industry that traditionally takes months to navigate from idea to distribution.  Messina enlisted her Twitter followers, asking them to tweet pictures of themselves holding up handwritten signs to be included in the video for “Unbreakable.” After watching her account “blow up” with replies and retweets, Messina and Bonagura decided to enlist TuneCore to distribute the song so that fans could purchase it on iTunes, Amazon, Spotify and other social media outlets.

“Music is the one thing that can bring people together in a world that sometimes feels like it’s falling apart.” says Bonagura,  “Receiving all the pictures from the fans was humbling and showed the sense of togetherness that the song portrays”.  A second call to action on Twitter resulted in the single’s official artwork, created by Sandel’ Cash. (@Rocketslifting)

Followers can look forward to a special Twitter party, hosted by Messina and co-writer Bonagua, on Tuesday, February 19 at 1:00 p.m. EST / 10:00 a.m. PST.  Fans can join in the festivities by following @JoDeeMessina, @AlyssaBonagura and using #unbreakable.  Messina and Bonagura will answer fan questions Tweeted prior to and during the Twitter party.

Check out the video made for the fans by the fans www.jodeemessina.com/unbreakable