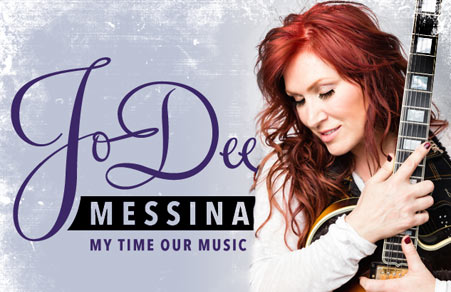 Anxious to get their hands on new JO DEE MESSINA music, her fans have reached and exceeded her Kickstarter goal of $100,000, thus securing the recording of her latest album. Over the course of 30 days, fans—known as “Team JDM”—rallied behind the country music sensation and showed their support through pledges, shares and kind words.

Upon reaching the goal, an excited Messina noted that the project has become more than backing an album; it’s a testament to the limitless possibilities of artist and fan collaboration.

“The people are the ones that make music possible.  They are the ones that come to the shows, request the songs, and get the records. When I first started the campaign, many folks didn’t get it. The ones that took the time to learn about it got that this project is something we are all doing together. Once again the fans have shown their love and loyalty. I am truly grateful.”

Want to be a part of the team? Jo Dee’s Kickstarter officially ends Sunday, June 23 at 9pm EDT, so there’s still time for fans to visit mytimeourmusic.com and become a backer to receive unique rewards including the new record itself. All money raised above the $100,000 goal will go toward promotion of the album.