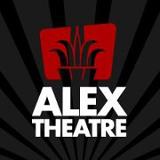 In Southern California we are known for many things: sunshine, movies, Disneyland, beaches. While we are “southern,” country music is not something that leaps to the mind when you think California. And though the industry is growing here – evidenced by a couple of popular country radio stations in the Los Angeles metro area – you are more likely to see a hip hop artist walking down the street then a country star.

That is why having a real country legend come to the southland is something to, well, sing about. Country music star Jo Dee Messina is from Nashville, Tenn. and can boast nine number one singles on the Billboard country music charts. Suffice it to say, the girl knows country.

At a one night only event this Saturday, Feb. 9, Messina will perform “Hits and Love Songs” at the Alex Theatre with artistic director and conductor Matt Catingub and the Glendale Pops Orchestra. Just in time for an early Valentine’s Day date night.

“The set list is kind of a story,” Messina told CV Weekly. “Kind of a story about me in the way I’ve arranged the songs. It’s in chronological order and I’m trying to memorize each story from each piece in the timeline.”

Of the many tracks Messina is known for, nine have made it to the Number One/Singles slot including, “Bye Bye,” “Heads Carolina, Tails California” and “My Give a Damn’s Busted.” And she isn’t shying away from the powerful songs at the Alex either.

“We’re doing really tough songs. We are going to do Whitney Houston’s version of, ‘I Will Always Love You,’ and we’re doing ‘Natural Woman,’” Messina said. “When you start stacking all of these power ballads, it’s kind of nerve-racking.”

For those who may not know, “I Will Always Love You” has its roots in country. The song was written by Dolly Parton, who performed it long before Houston did her version.

Country love songs have always been a mix of love with a little hate. It’s like a country way of empowering women.

“You can’t make up an entire show of love songs. But we do all the man bashing songs,” Messina said. “Those are on the front end of the show.”

Messina said that when the Alex Theatre contacted her with the proposal of the program, she responded with enthusiasm.

“I love that. It’s so out of the box, something you don’t get to do everyday,” she said of Saturday’s performance. “And I love the sound of singing with an orchestra or the symphony. It’s just big. It’s huge. It’s like living in a movie.”