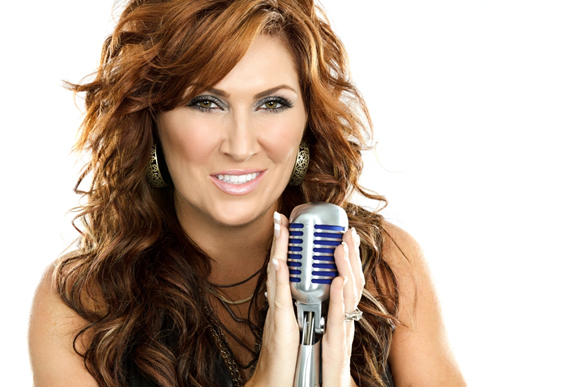 Kelli Skye Fadroski – The Orange County Register
For country music star Jo Dee Messina, life is anything but simple right now. The 41-year-old mother of two is hard at work on a new album, her first official full-length since 2005’s Delicious Surprise. She has started a parenting blog, fumblingmom.com. And she’s currently in training to run her third marathon, the San Antonio Rock ‘n’ Roll Marathon, in November.
Even with all of that on her plate, Messina is on tour and testing her latest material on audiences, something that has gone over quite well, she says, and has lit a fire under her to finish the album within the next few months, with or without a major label behind it. She headlines Sunday night at City National Grove of Anaheim.
“We have a lot of stuff planned for out there,” she mentioned during a recent phone interview from her home in Tennessee. “We’ll be hanging out after the show to meet some people, and it will probably be like perfect weather out there, like it always is. … I’m excited.”
Two years ago Messina released a trilogy of EPs, beginning with Unmistakable: Love in April 2010, but she seems even more enthusiastic about this new, as-yet-untitled release. Much has happened in her life since the last record, yet Messina says her songwriting and selection process is still very much the same – she’s still compelled toward material that’s feisty and with a lot of attitude, whether she had a hand in writing it or not.
“Most of the stuff for this record is stuff I’ve written because I’ve had a lot of opportunity to do that,” she says. “In the past, ‘Bring on the Rain,’ I didn’t write that, I didn’t write ‘Bye, Bye’ or ‘I’m Alright’ – but those are the songs that I love and still love to this day. ‘Lesson in Leaving’ is a cover song, but I loved that one, too. Everything kind of follows the rule that you have to love it to record it.”
Aside from music, Messina has become an avid blogger, filling her Fumbling Mom site with stories about raising her two sons, Noah, 3, and Jonah, who was born in January. That work earned her an opportunity to guest post on one of the biggest parenting blogs, Babble.com.
“It’s funny for me because (my blog) is not an expert blog,” she admits. “It’s basically a ‘what the heck am I doing’ blog. When I got the chance to write for Babble.com, one of my first entries was ‘I don’t see myself as a mom.’ It’s because mothers have all of the answers. I see myself as absolutely clueless. I have two kids and I have to keep them alive. That’s very much in the vein of how my blog is written. It’s very sarcastic.” More