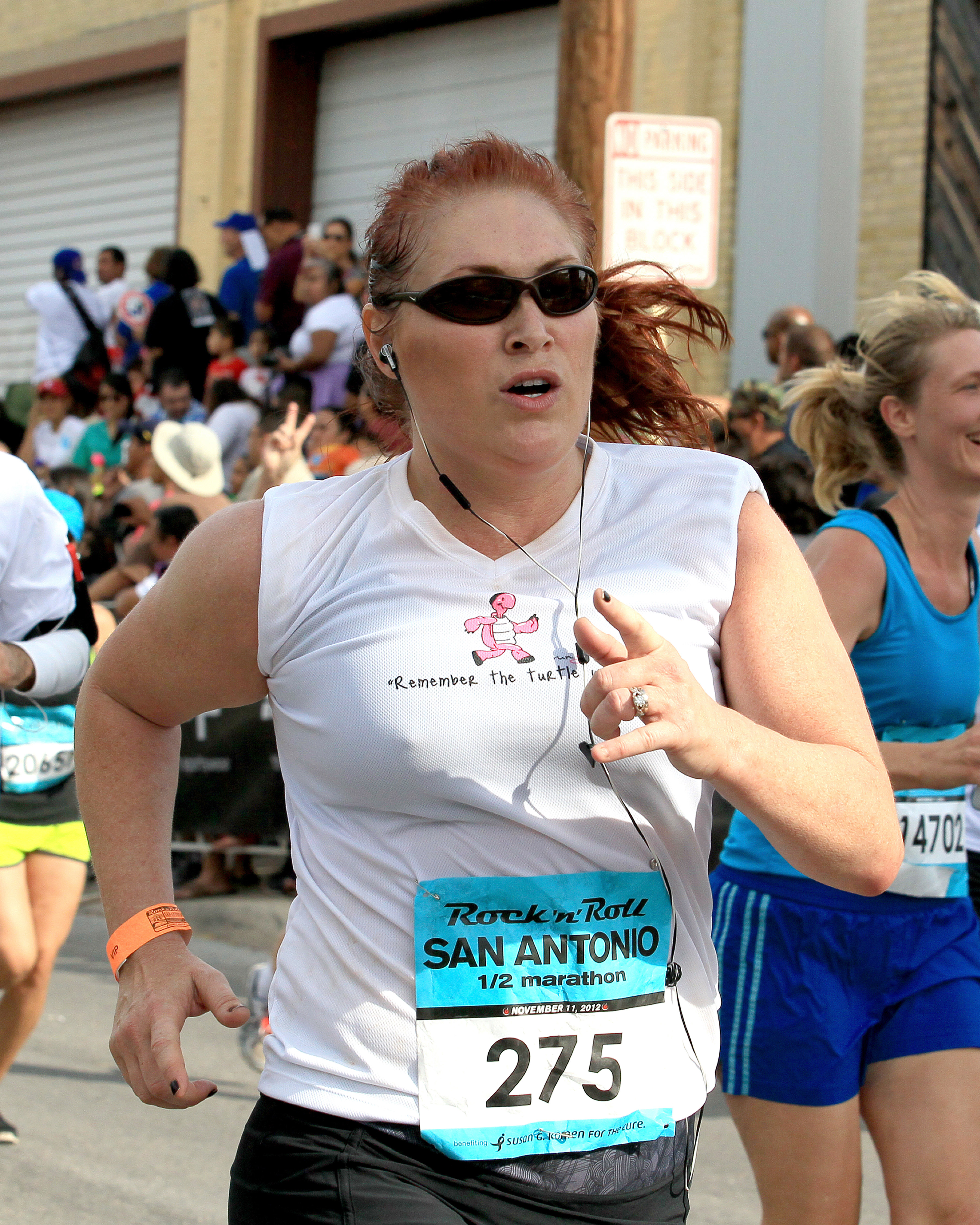 Multi-platinum, award-winning singer/songwriter–and long-distance runner–JO DEE MESSINA ran the Rock ‘n Roll Half Marathon in San Antonio, TX yesterday (11/11), finishing in 2 hours, 36 minutes.  And if that wasn’t enough of a workout, immediately following the race she performed–not missing a beat–for the 25,000 runners and their families at the finish line.

The Rock ‘n Roll Marathon series, held in cities across the nation, benefits the Susan G. Komen breast cancer charity, and JO DEE was honored to be asked to perform.  “The folks with the Rock ‘n Roll Marathon series were very good to us,” says JO DEE  “Their marathons are always put together and manned so well.” She adds:  “As far as the run, I was a bit nervous at first. I wanted to finish the run and still have energy for the show. I made it through both.  I definitely crashed hard after the show and meet and greet. It was an amazing experience and I’m so glad I did it!”  After completing the 13.1 miles at a 12-minute-mile pace, JO DEE and her band ran through a 90-minute set of her hits, including “Heads Carolina, Tails California,” “Bye, Bye,” “I’m Alright,” “Lesson In Leaving,” “My Give A Damn’s Busted” and the new fan favorite “A Woman’s Rant.”

Since breaking onto the music scene in 1996, the multi-platinum and award-winning country singer/songwriter JO DEE MESSINA has scored nine #1 country singles, sold over five million records, received two Grammy nominations and earned various CMA and ACM awards.  Her many hits include “Heads Carolina, Tails California,” “Bye Bye,” “I’m Alright,” “Stand Beside Me,” “That’s The Way” and “Bring On The Rain” (a duet with Tim McGraw).  Her self-titled 1996 debut album was certified Gold by the RIAA and featured the single “Heads Carolina, Tails California.” With four huge radio hits, her second album I’m Alright was certified double platinum and she won the CMA’s Horizon Award in 1999. She was the first female country artist to score three multiple-week #1 songs from the same album. The follow-up album, Burn, was certified platinum. She also scored an adult contemporary hit with “Bring on the Rain,” with McGraw on harmonies. Most recently, she released a trio of EPs titled Unmistakable which featured new material as well as live acoustic versions of her hits. In addition to headlining concerts, she also toured with Vince Gill, George Strait and the Judds on their reunion tour. Her fame also led to television roles on “Touched by an Angel” and “Nash Bridges.”  And as a busy mother of two young sons, JO DEE offers humorous insight into her life on her “Fumbling Mom” blog.  Check out her latest entry here.