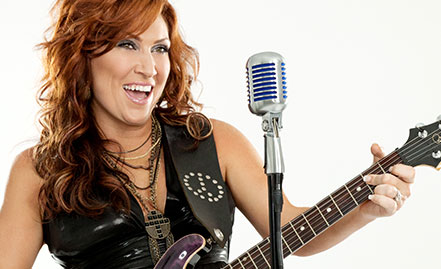 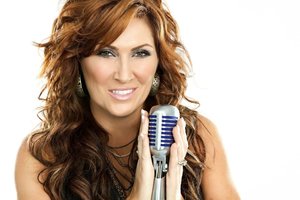 Country music singer Jo Dee Messina comes to Cherokee Casino in West Siloam Springs, Okla., for a free concert at 9 p.m. July 20. Since her breakout in 1996 with the hit “Heads Carolina, Tails California,” Messina has charted 16 Top 40 songs and sold more than 5 million albums. Among her nine No. 1 songs are the memorable hits of the late ’90s and early 2000s “Bye, Bye,” “I’m Alright,” “Stand Beside Me” and “Bring On the Rain.”

Country music singer Jo Dee Messina comes to Cherokee Casino in West Siloam Springs, Okla., for a free concert at 9 p.m. today. Since her breakout in 1996 with the hit “Heads Carolina, Tails California,” Messina has charted 16 Top 40 songs and sold more than 5 million albums. Among her nine No. 1 songs are the memorable hits of the late ’90s and early 2000s “Bye, Bye,” “I’m Alright,” “Stand Beside Me” and “Bring On the Rain.”

Messina took a few minutes to answer these questions for What’s Up! before her show today.

Q. How has your music changed over your career?

A. Music is always evolving because you have different influences, both musically and topically. We’re going to share some new material tonight — it’s really hard to describe it. People in Nashville don’t even know what box to put it in; I don’t really know that it fits in a box. It’s just songs about life, and the musical style has just continuously evolved.

Q. Are you pulling influences from other genres, then, if it doesn’t fit into one of those “boxes” in Nashville?

A. Well I mean [that is the case] in any place, any major city: ‘”Does it fit into a box? How do you market it?” And so my music influences are from across the board, every type of music that’s out there. It’s just a mish-mash of music.

Q. Is this music from (upcoming EP) “Masquerade?” Are you still working on that?

Q. Tell me about starting your independent label (Dreambound Records). How did that affect your music and your creative process?

A. That was all part of a project that started via the internet. I started posting songs that I was writing, and fans were asking how they were going to get these songs. So it’s not a full label; it’s not a building somewhere with employees, etc. It’s really something that had to be set up in order to distribute the songs on iTunes and that kind of stuff. It just really was a project that was put together [as a way to get] mostly stuff I had written out to the fans.

Q. What is important to you now versus early in your career, and how has that evolved?

A. A lot of that is depicted in the show. And early in the career, success looked totally different than it does today and I share that evolution with folks that come out to the show with stories and songs. Looking back, a lot of people ask me advice, and I think the most solid piece of advice I can give somebody that wants to do something in the music business is stay true to who you are. Don’t sell out who you are to try to fit into the box, to try to fit into a mold.

Q. I’m sure that can be really hard in an industry that has pressure coming at you from every different angle. How have you approached that and stood your ground in staying true to who you are?

A. I didn’t! (Laughs) I didn’t until I looked in the mirror one day, and I didn’t know who I was looking at. And it took a lot of processing. Because people [in your life] will vanish. And then you’re left with a total stranger — which is yourself — that is a creation of all these other people. So I’ve gone up and down, up and down, up and down, and up and down. And I’m like wait a minute, these people disappear.

So I keep the inner circle tight. I keep them real. And I stay true to who I am. But at the beginning of your career, or the beginning of mine, I never said no. I would go from Miami, Fla., to Portland, Ore., overnight to make appearances and beat the crap out of my body and out of my voice. I could never say no. So I was like one of those lottery balls that just bumbles around all over the place.

Q. Was that part of the process of putting out “Me” — your most personal album? Was that where you had reached that point, or did you get to that point before that album?

Q. What do you want people to know or hope they learn about you when they listen to your music or watch you perform?