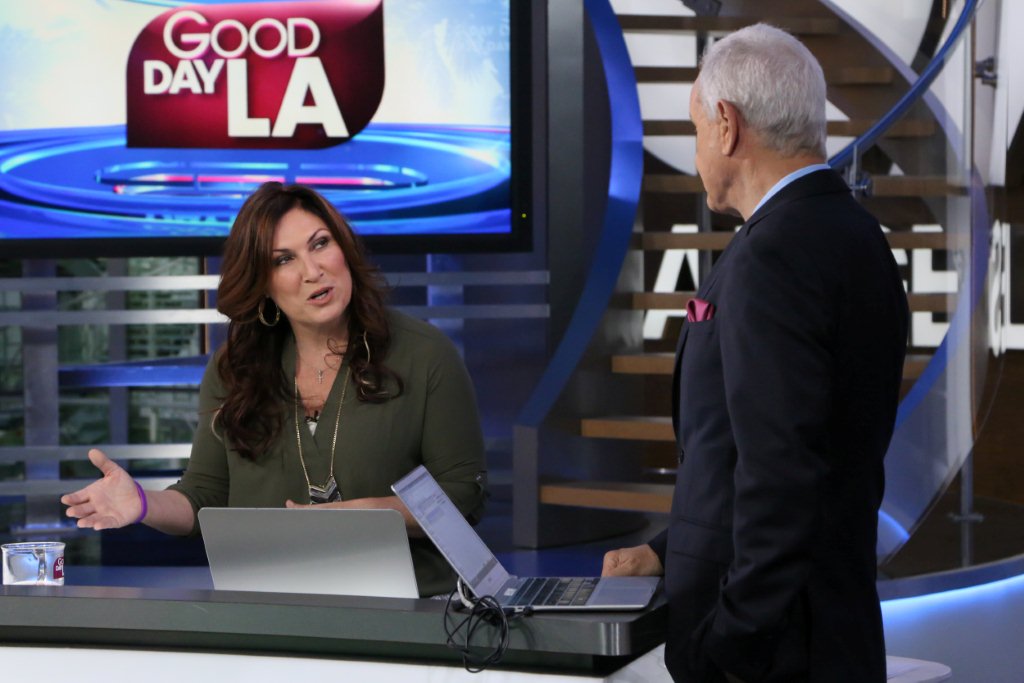 Multi-Platinum selling country superstar Jo Dee Messina took time out of her busy touring schedule to co-host Good Day LA today and will return tomorrow to add her upbeat personality to the morning broadcast. Jo Dee, who performed on the show in June and won over the hosts and producers, joined the show during the 9am hour alongside regular host Steve Edwards. Jo Dee is currently out on the road performing shows across the country in support of her critically acclaimed fifth studio album ME. Fans can check out yesterday’s show here http://www.myfoxla.com/story/26379442/jo-dee-messina and can tune-in to the live feed today at 9am PST here http://www.myfoxla.com/category/239379/live-newscast-feed

Known for her electrifying live performances and powerhouse vocals, it comes as no surprise that Jo Dee Messina’s ever-growing devoted fan base across the country continues to surpass expectations with their support. ME is truly a journey for Jo Dee having parted ways with her record label in 2012 she took her career into her own hands and launched a campaign to make this album for the fans, with the fans. Jo Dee co-wrote seven of the twelve songs on ME and co-produced the album with Grammy Award-winning recording engineer Julian King (George Strait, Faith Hill, Merle Haggard, Willie Nelson) and some of Nashville’s finest songwriters are represented on ME.  The result is nothing short of Messina at her finest and is being dubbed by the critics and fans alike as her best album to date.