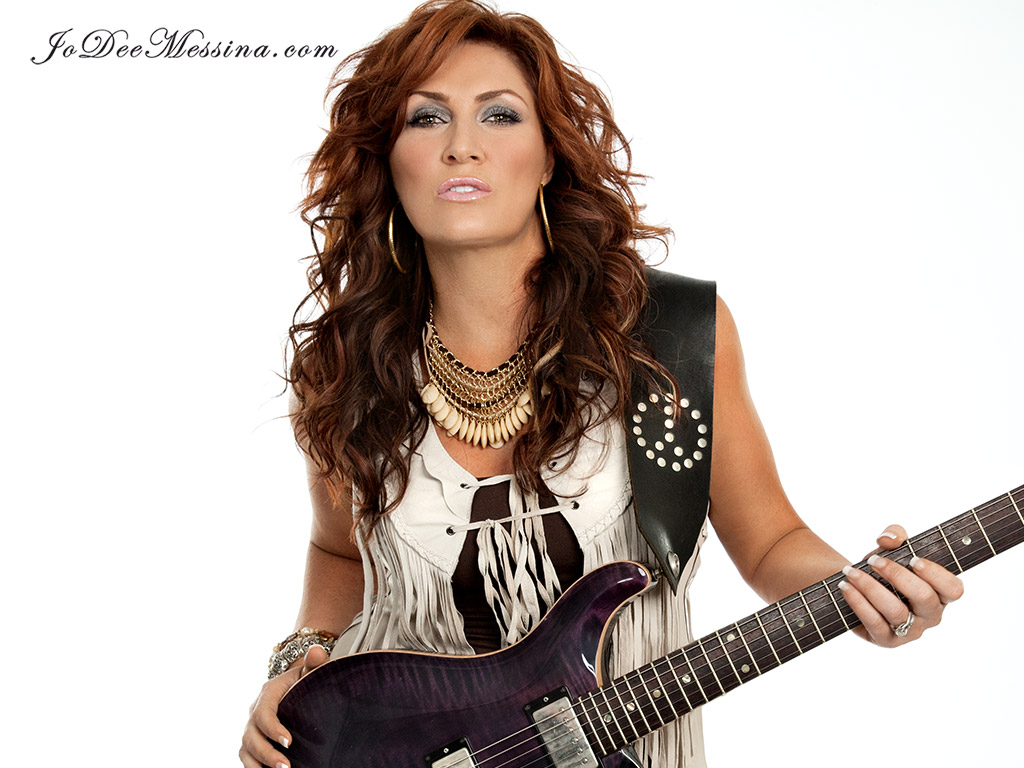 By Carl Kozlowski 02/07/2013
Pasadena Weekly
Growing up in Massachusetts, one might have expected Jo Dee Messina to sing anything other than country music. But the New England native has proven more than able to hold her own against the countless other stars who have emerged from the southern states most identified with the musical genre.
“I’ve done orchestra shows a few times, but I usually had my own band there as the rhythm section,” says Messina. “This time, it’s just me, so we’re working everything from scratch with the Glendale POPS and seeing what we can pull off. Since it’s a tribute to Valentine’s Day with lots of love songs, we’ll be doing lots of covers outside the country format, too.”
Messina started listening to country music as a child in Holliston, Mass., and became a fan of Reba McEntire, Alabama and The Judds. However, she also appreciated classic country artists, such as Loretta Lynn, whom she was “intrigued” by after seeing the classic 1980 film biography “Coal Miner’s Daughter.” Messina gratefully notes that “Loretta and Patsy Cline and their era of women singer/songwriters really pounded down the doors for the women like us today.”
On her own albums, Messina has long incorporated a mix of her own songs with those of outside songwriters in an effort to put together the best material possible from top to bottom. She’s found that a song’s success isn’t affected by whether she writes them, but that another key consideration does come into play on anything she records.
“It’s interesting, I’ve never had a song that I didn’t like do well, and all the songs that have done well were ones I liked,” she says. “With major labels, there are compromises made with what executives think will be a hit, but if I can’t relate to it, the listeners can pick up on it, because maybe there’s a lack of enthusiasm the listener can hear. Every song that does well, I loved those songs before they did well.”
At this point, it seems appropriate to broach a couple of questions about some of the more sensitive parts of Messina’s life, such as the fact that Wikipedia entries claim she nearly lost her home and her car during a career downturn. Messina has a startlingly candid response to the inquiry.
“Ha! Wikipedia is not always accurate!” she says, laughing loudly. “Take it with a grain of salt. They came and repossessed my car twice!”
And so, just like a great country song, Messina unspools a tale of personal woe that could make anyone suffering amid the Great Recession feel just a little bit better. That’s because her now-past financial woes were overcome, but also because she overcame them through hard work, rather than opting for bankruptcy like many other stars who fall on hard times.
“I had just come to Nashville and released my first album with my first hit ‘Carolina’ on it, and then they were supposed to come out with the song ‘I’m Alright,’ but the label decided to sit on it to make sure all the songs were right,” Messina recalls. “I didn’t have the big catalog of songs out on radio and CDs in stores yet like I do now, which buys you time between records. So my accountant called me in and suggested I file for bankruptcy. But I didn’t want to, because it felt like quitting.
“So I said ‘If I can just get the work out, I’ll be able to pay it all off,’ and I applied for a 90-day line of credit that bought me time to get through the holiday season,” she continues. “And that’s when ‘Bye Bye’ came out and took off, which got me royalties instantly and got the CD selling again, and had the phone ringing with booking a bunch of live shows that did well. And each month we paid off a part of the debt until we were done. I just couldn’t have that kind of defeat so early on, and I believed in myself and by the grace of God, so many other people bet on me too.”
Even with that comeback, there have been battles to fight on occasion, particularly when her former label Curb Records refused to release her album “Unmistakable” in 2007.  She finally released it herself as three separate extended play (EP) recordings in 2009 and broke free from her Curb Records contract last year.
“When you’re between big records, everybody thinks it’s going great, but you still have all the same salaries and insurance and business expenses to deal with when the income goes down, and we have to tighten the strings just like everybody else,” says Messina. “So for me, it was a trying time the last few years trying to get my music out. But when I got released from my contract last year, it was like graduating high school. I have a lot to truly look forward to this year and many opportunities, like new labels coming after me since I’ve taken direct responsibility.”
Jo Dee Messina sings “Hits & Love Songs with Country Superstar Jo Dee Messina” with the Glendale POPS Orchestra at 8 p.m. Saturday at the Alex Theatre, 216 N. Brand Blvd., Glendale. Tickets are $25 to $70. Call (818) 243-2539 (ALEX) or visit alextheatre.org.
FULL ARTICLE